Slow internet. What a nightmare, right? Especially when you are in the middle of some important job or project that you need to finish as soon as possible. Those who mostly play online games can join the club as well. In those moments there seems to be no more urgent problem to solve than slow internet.

And while sometimes all that it takes to fix the jammed internet is to figure out some of the most common Windows errors, it happens that the core of the problem lies in a poorly functioning VPN. Therefore, you’ve got to know how to stop your VPN from slowing down your online game or any other business that you’re doing. Check out these useful tricks:

We know that you are not the happiest person on the planet to see the buffering icon on your screen. Even a couple of seconds are enough to make us feel nervous and lose patience. We usually go into action to try to fix this sudden problem and go on with our previous action. However, you’ll first need to figure what has caused it. It usually turns out that not many suspects on the poor functioning of their VPN, but immediately start checking if the problem is related to the Internet provider. Or if there is some technical issue behind it.

To establish if the issue is truly due to the VPN, we recommend you turning it off. After that, test the Internet speed by accessing any webpage. See how fast the page opened and whether everything was loaded timely. Moreover, consider running a speed test. If the problems prolong, then know you’ve got bandwidth issues. However, don’t run these tests at the end of the month as it may happen that your internet provider is throttling the speed. Then you need to have a serious conversation with them.

2. Switch to a new server

Most of us choose geographically close servers. And for a good reason. We all want to have as fast a service as possible. But you’re not the only one with this philosophy. An increased performance may last for some time but if the problems occur and are not likely to be solved, then change the server.

But don’t worry. You’ll get many benefits from changing the server. For instance, depending on the location you’ve chosen, you’ll be able to bypass geographical restrictions by switching on your VPN. This means that you’ll be able to access any forbidden site that’s been prohibited due to not being in the right country.

This is especially beneficial for those who enjoy playing online games but cannot simply do it because of the mentioned problem. VPN changes it all. And this is just one of the many benefits that a VPN system offers. Yours is to discover them all.

3. Problem with the device?

It’s not impossible that certain problems can occur due to being outdated. These devices cannot simply support the newer generation VPNs nor the more demanding games. If you are a true gamer, then you should know that the only way to overcome this discomfort is by changing a device with a more modern one with a more capable processor for gaming.

As you can see, even the best VPN software cannot turn in your favor, unless you deal with this tiny problem. Moreover, look at this as a great investment. A dependable computer is certainly one of the most important and useful things that you can own. 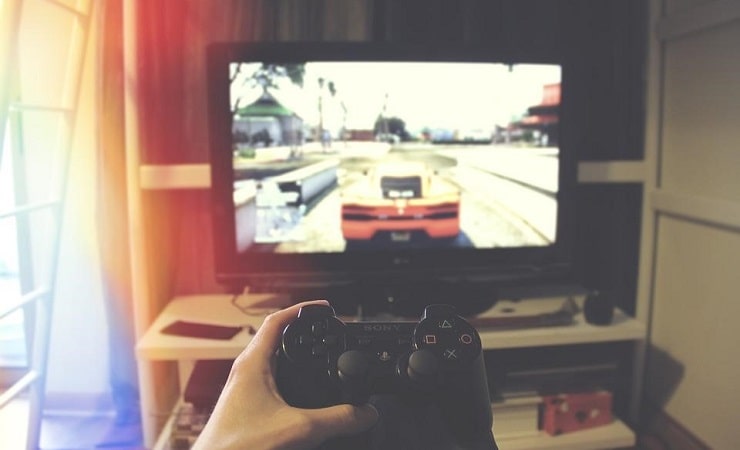 More often than not, the problem lies in the fact that people are used to using a WiFi connection instead of a wired connection. Well, to stop your VPN from slowing down your online game, first switch to the wired connection. When using WiFi, you are sharing the speed with everyone who’s got access to it.

That is, with everyone who’s got that WiFi’s password. And the more devices are connected to the WiFi, the slower the speed and the performance of your device will be. Trust us, if you are in the middle of playing your game, or watching some video, there’s nothing more frustrating than the slow or even lost connection.

Note: Make sure to maintain your passwords as best as you can. Otherwise, you may experience huge problems and even be the victim of cybercrime. One of the best options is by installing a password manager.

You won’t believe how many problems are solved by just restarting the router. The simple switch on the button is sometimes all that it takes. Even your operating system sometimes requires a reboot. Normally, when something causes the slow response of the computer’s system, this can result in a very slow VPN functioning thus slowing down your online game as well. After restarting the device all applications that you newly open will start their work with a new set of data.

We are sure that you know the moment when a window pops up with the message that you ought to update your system device. We also know that most of you just ignore the message and carry on with their playing the game. But that could be the source of the problem with your VPN speed as well. Just know that after updating the device it will improve all the performances in general and at the same time the quality of the connection.

Taking all of these potential problems into account will most probably enable you to solve them in record time. Therefore, don’t fail to observe even the most obvious. Your gaming experience might suffer.